Company will lease space and remain headquartered in the city 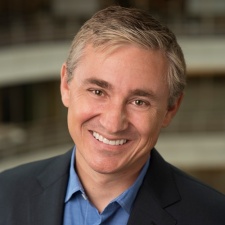 Social and mobile games firm Zynga has sold off its San Francisco headquarters in a deal worth $600 million.

American private real estate firm Beacon Capital Partners has purchased the property, however Zynga will leaseback space within the building and remain headquartered in the city.

The building was bought in 2012 for $234 million but now will be sold on for just under 2.5 times its original worth.

This news was confirmed to not changes any of Zynga’s Q2 2019 financial guidance. The sale of the building is expected to go pass before the end of July.

“We are proud to operate Zynga’s headquarters from San Francisco, which is home to many of our talented studio and business teams,” said Zynga CEO Frank Gibeau.

“Zynga’s building sale delivered a strong return, and we look forward to investing the proceeds into future growth.”

Gibeau recently spoke about the potential of 5G on mobile called the technology “profound”, during the firm’s investors call.