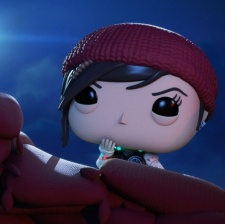 A new trailer was revealed for the game during Microsoft's E3 2019 press conference.

The real-time multiplayer game looks to take some inspiration from Clash Royale, adding in cover mechanics that the Gears of War franchise is famous for.

The title was first revealed at Microsoft's E3 2018 keynote, with a small trailer introducing Gears of War characters styled like Funko Pop figurines - the popular collectables based on various pop culture licences.

Gears Pop is coming to both the App Store and Google Play.

According to the App Store listing, the Gears Pop release date is slated for September 2nd 2019.