PocketGamer.biz will be reporting from the show floor. Come say hi! 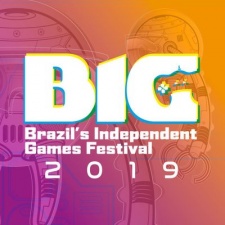 Brazil's Independent Games (BIG) Festival 2019 has kicked off today, an event that hopes to put the country and the wider Latin American games industry on the map.

The seventh edition of the show, which runs from June 26th to 40th, will host around 300 speakers from the local and international games sectors.

330 companies are registered to attend the show, with 120 of those coming from abroad. Around 550 industry professionals are anticipated in total.

As well as conference sessions the event will also host networking meetings, a games expo and the 2019 BIG Festival Awards. From Saturday, June 29th there will also be a Facebook Game Jam for 30 hours.

PocketGamer.biz senior editor Craig Chapple will be at the show. If you want to set up a meeting, send an email to craig.chapple@steelmedianetwork.com.

As well as meeting up with local teams, we’ll of course also be reporting directly from the show, so keep an eye out on the site for stories from key talks and analysis on the local games scene.