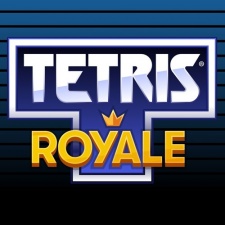 N3twork has signed a deal with The Tetris Company to exclusively develop and publish new Tetris mobile games around the world.

The first game in the partnership is battle royale title Tetris Royale, a version of which has already been released on Nintendo Switch as Tetris 99.

The game features a 100-player Tetris battle in which players compete to be the last-person standing. It's coming to iOS and Android devices and is expected to head into beta testing this year.

While N3twork’s deal with The Tetris Company covers global rights, it excludes the China market.

“Tetris is a timeless pop culture icon that has shaped the history of videogames and is truly loved around the world,” said N3twork CEO Neil Young.

“Our team at N3twork is inspired to partner with this incredible brand and create new ways for millions of mobile game players around the world to play, compete and enjoy Tetris at an unprecedented scale.”