The game feature content from all nine Skywalker saga films, Star Wars: The Clone Wars and Star Wars: Rogue One 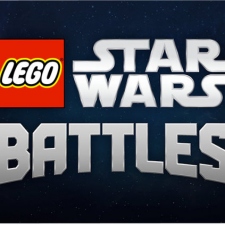 A new LEGO Star Wars game for mobile devices is being developed by TT Games Brighton.

It is set to be TT Brighton's first game after it was opened in 2018.

The game will feature content from all nine Skywalker saga films, Star Wars: The Clone Wars and Star Wars: Rogue One. Players can collect popular heroes and villains such as Luke Skywalker, Rey, Boba Fett, Obi-Wan Kenobi and Darth Vader. A variety of vehicles will also be available.

LEGO Star Wars Battles will be a free-to-start title with in-app purchases. It’s currently slated for release in 2020.

"We hope players will enjoy the unique combination of LEGO Star Wars with deep strategy in deck building and innovative territory capture by constructing LEGO towers."