It’s one of 16 tracks to feature at the event 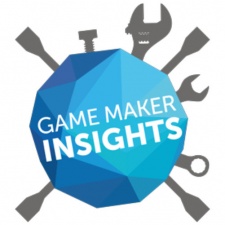 Jason has led teams and provided product, design, and UX direction both as a sought after consultant and as a studio leader at Amazon, Big Huge Games, Disney, Microsoft, and Zynga.

Reach out for help with your prototype, alpha, soft launch, beta, or already live game. They can help you:

Just under two weeks to go now until Pocket Gamer Connects Helsinki, which is taking place on October 1st and 2nd.

It is making a triumphant return to the heartland of mobile gaming for its sixth edition in Finland. Pocket Gamer Connects Helsinki remains the country’s biggest B2B conference and expo for the games industry. With the show even bigger and better this year, we’ve moved to a new venue; The Cable Factory.

We’re expecting more than 1,500 games professionals to attend to hear from 200 expert speakers as they share their insights across 16 tracks. With over 80 hours of cutting-edge content ranging from LiveOps and dev tools to influencers and hypercasual.

Plus the great fringe activities such as Indie Pitches, SpeedMatch, the Global Connects Party and much more.

Every day, we'll take a look at each of the 16 conference tracks in turn. Today is Game Maker Insights, practical and technical talks on the likes of game design, audio, character/UX design and narrative.

10:00 - The first session of the day is by Gismart’s business development and publishing manager. Her talk is about pitching your hypercasual game to both publishers and players, letting you know which publisher would be right for you.

10:20 - Next, keynote speaker Geewa’s senior game designer Marek-Martin Matyska. You will learn how to translate your ideas and mechanics for effective game design for competitive gaming.

10:40 - Learn how artificial intelligence and machine learning can help to keep the gaming community safe and free of toxic content. In a session with Utopia Analytics CEO and co-founder Dr. Mari-Sanna Paukkeri.

11:00 - Do you like Ridley Scott’s Alien franchise? Then you might be interested in Rival Games’ title Alien: Blackout. Rival Games’ CEO Jukka Laakso talks about bringing the iconic franchise to mobile for the first time as a triple-A quality premium experience.

11:20 - Square Enix’s UX designer Leonardo B Luz holds a session on how a UX designer fits in with the rest of the team. Research, iterate and validate, learn crucial UX techniques to save time and ensure quality.

12:00 - The final session comes from Doppio Games’ CEO and co-founder Jeferson Valadares about making games for the next wave of interaction

These are the sessions from just one of the 16 tracks for Helsinki this year.

Check out the full schedule to see the full range of impressive speakers attending. We’ll be posting more track rundowns and speaker spotlights as we get closer to the event.

Like what you see? Well, there is still time to register for Pocket Gamer Connects Helsinki here.