Is it gonna sink? 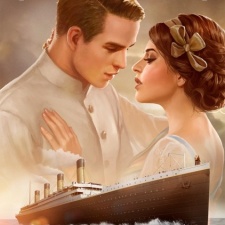 In recent years, the success of games such as Nexon’s Choices and Pocket Gems’ Episode has highlighted the value of branching narrative stories on mobile.

Since then, plenty of other developers have attempted to compete.

The difference is FoxNext’s just-released Storyscape is it comes with some very high profile IP attached.

Kings of their world

As part of Fox, new narratives have been written for such iconic movies and tv shows as Titanic and X-Files.

There’s also plenty of original content too, some of which is rather fruity, as the following video shows.

Overall, the app promises to cover everything from science fiction and romance to comedy, horror and mystery, all within multi-layered plots that involve complexity and don’t guarantee a happy ending.

“Fans will discover new characters with their own compelling stories aboard the fateful last journey of the ship. The medium of narrative gaming is an ideal way to deliver that experience.”