410 million downloads in over five years 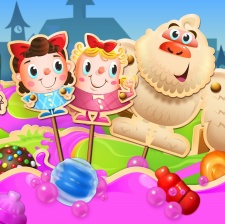 King’s Candy Crush Soda Saga has made more than $2 billion in lifetime revenue, according to Sensor Tower.

Launching in October 2014, the match-three puzzler has grossed $1.1 billion or 55 per cent from the US alone.

King itself has accumulated $450 million across all of its games in Q3 2019 with 19 per cent or $85 million originating from Soda Saga.

Candy Crush Saga continued to perform well, bringing in $258 million across the same period even though the titled launched in 2012.

When it comes to downloads, Soda Saga has achieved 410 million installs in five years with 68 million or 17 per cent coming from the US.

India was the runner up at 50 million or 12 per cent of the overall figure.

Google Play accounted for 76 per cent of the download numbers with player average spending equalling to $3.24 per install.