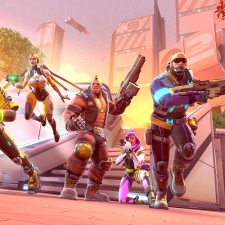 The Czech firm confirmed the milestone as the studio puts its "finishing touches" to a closed beta version of the game. The limited space beta is due to open sometime in the winter.

"We're thrilled at the response we've had since pre-reg launched in mid-November," said Madfinger Games CEO and co-founder Marek Rabas.

"It proves that the community can't wait to get their hands on our latest game, and it really encourages us to go the extra mile and make it absolutely perfect for players all over the world."

Players interested still have the opportunity to pre-register for Shadowgun War Games ahead of its early 2020 release.

Madfinger's Shadowgun series helped the studio propel to 250 million downloads across all its titles in September 2019. As part of Unite Copenhagen 2019, we caught up with Rabas to discuss the game and why he's happy to compete with Call of Duty: Mobile.