Specialist players sought out depending on their playtime and engagement factor 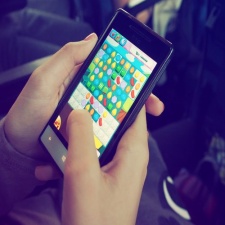 Activision Blizzard Media has unveiled a new test group that will invite mobile players to help research and test its in-game advertisements.

As reported by Adexchanger, King's Council will consist of approximately 5,000 specially selected players across the US and UK. These users will be chosen depending on their playtime and engagement factor via King's ad-supported games.

Players will be gifted with in-game rewards for their time and will also give feedback on new projects from the mobile studio. Members will provide feedback through surveys while also being given access to a community forum to discuss their thoughts with others in the test group.

Potential advertisers best suited for the mobile platform may also be discussed with the community.

"Marketing activity that could damage player perception around our games is a nonstarter," said Activision Blizzard Media VP and global head of business marketing, measurement and insights Jonathan Stringfield.

"We've got a measurement suite already and we do all of the things you’d expect from a big mobile platform, like traditional brand surveys and partnering with third-party vendors to do ROI tracking. But we also understand that gaming is still new to advertisers and that we need to help educate them about who these players are and where they should fit into their overall advertising strategy.

"The minute you hear something negative or something you didn’t expect, the minute you’re wrong, it's a good thing, because you’re learning something. If we can catch something that's not great before it gets into the game, that means we’re getting our money’s worth."

If the new council proves successful, Activision Blizzard will look to implement a similar concept with its esports sector.