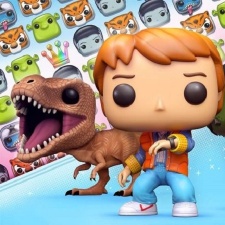 The company has secured the rights to become the official developer and publisher as a result of NBCUniversal closing its game publishing division business less than three years after expanding.

Funko Pop Blitz will be positioned on N3twork's Scale Platform, utilising its automated user acquisition technology as well as appearing on The N3twork, a media and community app controlled by the firm.

"We have been impressed with Network's leadership and publishing capabilities and feel they are the perfect partner to unlock the full potential of Funko Pop Blitz," said Universal Games and Digital Platforms SVP of production Jim Molinets.

"Our commitment to the game remains strong and we look forward to continue driving its success with fresh and exciting IP and events from our most iconic entertainment franchises."

N3twork CEO Neil Young added: "Funko’s stylized Pop character universe is a great celebration of everything pop culture. N3twork's expertise in creating moments through events that excite fans is a perfect match with Funko and their passionate audience."

The game was originally developed by Tic Toc Games, which previously worked on Jam City’s Panda Pop for mobile. Funko Pop Blitz will re-launch in collaboration with the original developer in 2020.

N3twork recently raised $40 million for new games, publishing platform and community app in Series C funding round, which would explain the latest purchase.