Available on iOS in Australia and New Zealand 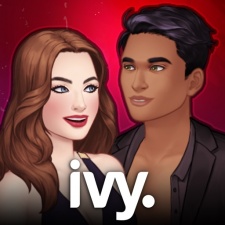 Looking like a semi-sequel to its highly popular interactive story app Episode, Ivy is a new mature experience that is said to feature "drama" and "thrills".

Players take control of protagonist Ivy across a number of stories, which introduces the character to new worlds with complex themes, fantasies and desires.

Choices made decide how the story unfolds, whether that's partying with singles in Miami or recovering from the death of your partner.

Launched in February 2014, Episode utilised celebrities and well-known IP such as Demi Lovato, Pretty Little Liars and Mean Girls. The title went on to be hugely successful, accumulating more than 125 million installs globally.

Ivy: Stories We Play is currently available on iOS in Australia and New Zealand.

Previously we spoke to Pocket Gems' Alex Muscat on how to get a job as an art director.