LVP and 1Up Ventures lead 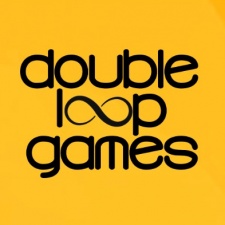 Double Loop says its mission is to make relaxing experiences for the 70 per cent of the over 2.5 billion people who download and play mobile games but who don't consider themselves gamers.

It already has its first product in development.

Founded with Shelby Moledina, formerly with WB Games and DeNA, the San Francisco outfit has also announced that it has raised $2.5 million in seed funding.

Early stage fund LVP (Supercell, Unity, Bossa) led the round with participation from Ed Fries' 1Up Ventures amongst others.

LVP's David Gardner joins the Double Loop board as part of the investment.

"At Double Loop, we think deeply about how games fit into people's lives, and the emotional needs they can fill," commented Greer.

"We want to make games that are long-term hobbies, that help players relax after a stressful day, feel connected to others and spark daily moments of joy."

"We love Double Loop’s mission: addressing the deep disconnect between the design of casual mobile games and the users themselves," added Gardner.

You can find out more details about Double Loop, including open positions, via its website.