The UK, US and Canada only 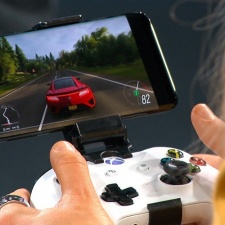 As revealed by Microsoft senior manager Larry "Major Nelson" Hryb, the technology that allows users to play games on any screen - be that mobile, console or PC - has been opened to those in the US, UK and Canada.

The iOS TestFlight preview will not include Xbox console streaming on launch and will begin with one game due to the App Store policy, with Halo: The Master Chief Collection selected.

Project xCloud was made available last year on Android devices.

Up to 10,000 testers were available to gain access to Project xCloud but this number has already been filled.

"As anticipated, we saw a lot of interest in the Project xCloud Limited iOS TestFlight Preview today and we've already hit the initial capacity," wrote Hryb in a blog post.

"Our goal is to provide an opportunity to test the Project xCloud preview through TestFlight, use your feedback to improve the technology, and work with Apple to bring the full preview to more iOS customers."

In November, Microsoft revealed that 50 more games will be added to its streaming platform as well as giving subscribers of Xbox Game Pass access in 2020.

Furthermore, Microsoft has continued with its expansion of the technology by recently partnering with Samsung to work on Xbox cloud streaming in games.