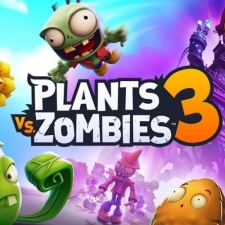 PopCap Games and Electronic Arts have soft-launched a new Plants vs. Zombies game on mobile.

As revealed via a forum post, Plants vs. Zombies 3 sees the return of fan-favourite plant and zombie characters from the long-running series.

The strategy game has officially been soft-launched in Ireland, Romania and the Philippines on both iOS and Android devices. According to the post, PVZ 3 will roll out to other territories over the coming months.

Players will defend their town in classic, lane-based tower defence combat, while also encountering new zombie bosses. More so, users can team up with friends and other players to share seeds, share strategies, and compete for prizes.

To actually get your hands on the game, PopCap Games states that Android players will need a Galaxy S6 tier-device with KitKat (4.4) or higher while iOS users will need an iPhone 6S or higher that has iOS 13.1 installed on it as a minimum.

Plants vs. Zombies 3 is one of several mobile titles that have been soft-launched recently, including Angry Birds Tennis, Stellaris: Galaxy Command and Deer Hunter 2020. You can view the full list here.

EA recently decided to withdraw from the Game Developers Conference (GDC) 2020 due to the ongoing coronavirus.