Studio has been renamed Playrix Armenia 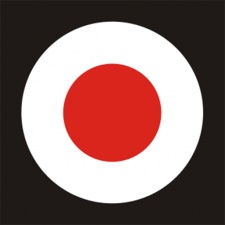 Established in 2008, Plexonic has worked on 60 casual titles, with its best known releases being Panda Jam, Pet Savers and Stretch.

The studio has been renamed Playrix Armenia, with Plexonic's CEO and founder Gevorg Sargsyan set to lead the new studio.

"Joining the Playrix family is a big deal for Plexonic," said Sargsyan.

"We are sure that with Playrix, we will jumpstart our success rate to a whole new level. Being one of the largest mobile game developers in Armenia, we are very excited to open new perspectives for the local game dev industry, this time via Playrix's enormous scale and capacity."

Playrix co-founder Dmitri Bukhman added: "Together with the talented Plexonic team, we will broaden our recruitment efforts, attract the best talent on the market, and create mobile games of the highest quality that we're very excited about. Playrix Armenia is already on its way to becoming the largest gaming company in the region."

This is the second purchase made by Playrix in the last few months after the firm acquired Serbian game studio Eipix Entertainment in December.