Finland, Poland and Sweden too 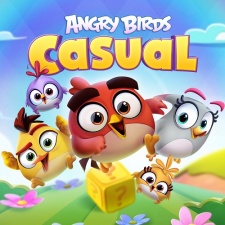 The free-to-play title will utilise slingshots to hurl Red, Bomb, Chuck, Stella and co. across the map to free to caged Hatchlings over the course of hundreds of levels and multiple worlds.

Players can collect coins by completing levels, which in turn can be used to unlock rewards, while leaderboards are accessible for users to record their scores against one another.

One to two months

Rovio has confirmed to PocketGamer.biz that the game will run in "early market testing" for approximately one to two months.

Angry Birds Casual is available to download in Finland, Poland, Sweden and the US on iOS devices only. No official release date has been confirmed.

Rovio recently partnered with Duolingo for a crossover promotion partnership across the language-learning app and Angry Birds 2.

Prior to this, we spoke to Rovio Chief Marketing Officer Ville Heijari regarding the Finnish studio’s tenth anniversary of the original Angry Birds.