It launches on March 26th for iOS 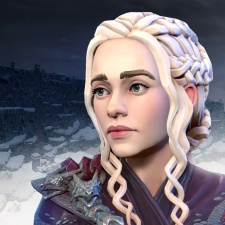 To celebrate the milestone, all those who have pre-ordered the game will get access to various rewards – 10,000 copper coins, shards of Jon Snow, Knight of the Vale and shards of Daenerys.

The game will hit iOS devices first on March 26th. However, it will hit Android just over a week later on April 3rd. The game was first announced in June 2019.

The game pits players the new Lord Commander of the Night's Watch. Users can unlock favourite characters from the HBO show and use them to defend the wall, such as Jon Snow, Daenerys Targaryan and Jamie Lannister.

Besides known heroes, players have the chance to recruit various soldiers – crossbowmen, scoundrels and spearmen –through various game modes.