An increase of 66.7 per cent week-on-week 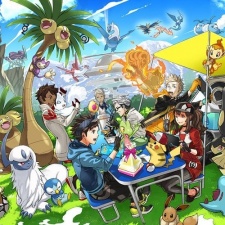 As reported by VentureBeat, the week beginning March 16th saw an increase of 66.7 per cent from the previous week, which generated $13.8 million. It is thought that the Covid-19 outbreak has played a part in the increased revenue – Niantic made in-game changes to better suit being played at home.

The majority of money earned came from the US; it spent $7.8 million, which is around 34 per cent of the week's total revenue.

Furthermore, by August 2019, the augmented reality title had been downloaded one billion times.

It's not only Pokemon Go that has seen a surge in popularity - Supercell's Brawl Stars has also grown by 35 per cent.