Set to materialise next year 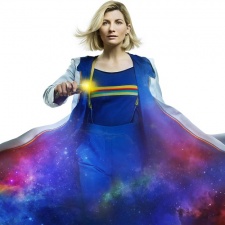 The BBC has partnered with developer Maze Theory for a Doctor Who mobile game.

Set to launch sometime next year, the horror/sci-fi title will be part of a trilogy of experiences, which began with Doctor Who: The Edge of Time. The virtual reality game released in November 2019 for Steam and PlayStation VR.

Maze Theory will work alongside Malaysian studio Kaigan Games to help with the development of the project.

Fans will experience new adventures, new mechanics, and iconic elements from the world, such as the TARDIS. A number of famous foes from the British show are set to appear too, including the Daleks and Weeping Angel. Furthermore, the story will star the current 13th Doctor, Jodie Whittaker.

"We know from feedback that fans of shows like Doctor Who and Peaky Blinders crave new and exciting experiences across multiple devices and interwoven stories that create an overall experience far surpassing that of a single game."

The third game in the planned Doctor Who trilogy will launch on Nintendo Switch in 2021.

BBC Studios recently teamed with Roblox to help bring various items from the popular sci-fi show to the building platform.

Roblox partners with BBC Studios on Doctor Who in-game items