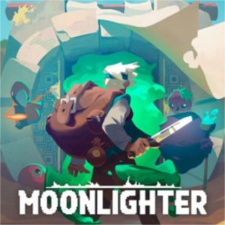 As announced on developer Digital Sun's website, the milestone has been hit after two years of release. The game was first launched on PC, Xbox One and PS4 in May 2018. It came to Nintendo Switch later that year.

Furthemore, Nintendo's hardware contributed the most towards the sales.

"Moonlighter was definitely a game-changer for us and it shaped what Digital Sun is today," said Digital Sun CEO Javi Gimenez.

"The community around the game had already reached 100k players by the time we developed numerous free updates and now it has reached one million owners just in time for the new expansion to conquer consoles."

The impressive number has been smashed just in time for Moonlighter's new Between Dimensions DLC. It is available on digital storefronts for $6.99.

The new expansion offers 10 new enemies and a further five minibosses to face in a new interdimensional dungeon. A range of new weapons and armour will also be made available, including trick weapons. Naturally, there will be more story and lore for players to explore.

However, there is some free content for all users to enjoy – a new client, new thieves and a bird to terrorise customers of the player.

This War of Mine has raised $500k for charity after selling 4.5 million units