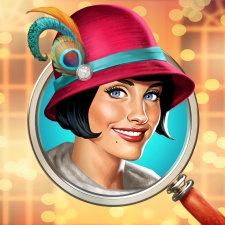 Wooga will hold a new campaign in its hidden object game June's Journey to bring its player base together.

The new campaign, titled Murder Most Fowl, aims to bring both new and old players together to work as one to solve a mystery. Murder Most Fowl will run from June 9th until June 12th.

"Murder mystery is one of the most enduring genres within literature and popular culture. Now, using the medium of Hidden Object gaming, we want to reinvent this beloved genre and bring people together as one global team of detectives," said Wooga lead marketing manager Valentine Ledour.

A series of short videos will be unlocked as all players work together as one team worldwide. Each new clip will offer a clue to help solve the mystery.

The idea has been implemented as lockdown lifts as a way of keeping the community connected, with hopes that June's Journey players will remain a close community when everyone returns to the real world.

"People often associate Hidden Object games with individual gameplay, but what we have experienced during lockdown is increased interaction and engagement between players, as well as the formation of new friendships through June's Journey," said Wooga head of marketing Melanie Zimmermann.

"Through the Murder Most Fowl campaign, we want to ensure these bonds of friendship continue to flourish and grow stronger."

Earlier this year, Wooga founder and CEO Jens Begemann announced that he would be leaving the company. We caught up with him to find out why he feels that now is the right time to depart the firm.

Reply
Mary Babineau
i enjoy playing the game but it was hard to get
Posted 5 months, 1 week ago