"It's an incredibly exciting time to join Scopely" 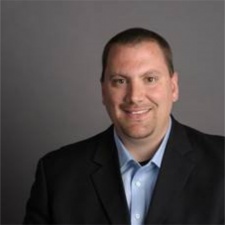 DeLaet's new role will involve him overseeing partnerships, licensing, platform relationships and business development. Previously, he founded and served as the CEO of Rogue Games, a publisher based in Los Angeles.

"It's an incredibly exciting time to join Scopely. The company has big ambitions with high calibre new projects in the pipeline, and their ability to grow and sustain franchises that have been around for years is equally impressive. I've also admired their approach to development partnerships and am excited to help scale their studio ecosystem even further," said DeLaet.

"As we continue to scale as a business, we have been looking for an experienced leader to further expand and take our developer, IP, and platform partnerships to the next level," said Scopely chief revenue officer Tim O'Brien.

"Mike brings tremendous expertise, deep knowledge in mobile games, and an entrepreneurial mindset that is the perfect combination for Scopely. We are thrilled he chose to join us on the Scopely adventure."

Rogue Games has undergone its own shakeup as a result of DeLaet's departure, with former chief strategy officer Matt Casamassina taking the reins as CEO. It has also recently added Jack Tretton as a strategic advisor.