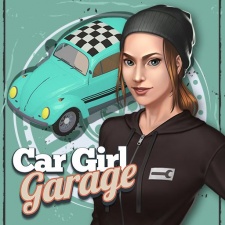 The game follows a character that has been hired by a woman named Miriam who has inherited a garage, as such she wants to restore it to its former glory. Players must achieve a variety of tasks – that apply to real-life situations – such as changing the oil or a wheel.

"I had been toying with the idea for a garage game for a while, but I had a hard time thinking of a good angle," said Tamalaki Games' Martine Spaans.

"After talking to Sham and Jana about their passion for education, it finally hit me that the game shouldn't just be about decorating a garage, but about teaching real practical skills. A game that can truly boost the players' confidence around a subject they might be insecure about."

"The development journey of Car Girl Garage was challenging but at the same time so enjoyable," said Sakura Games' Sham and Jana Al-Bdour.

"We were very excited to produce a game for girls and women that's not about clothes, hair or makeup. We're proud of the diversity this game brings. We've personally encountered the old fashioned mentality that coding and game development are not for girls, but we never let that stop us. Through this game, we hope to empower women around the world that 'they can do it.'"

Currently, the game is available on Google Play and is free to play in both English and Arabic. An iOS version will be released on July 15th.