Looking for beta testers on iOS and Android 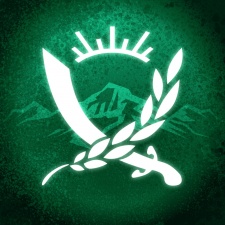 Ndemic Creations is set to bring the campaign mode for its political and military sim Rebel Inc. to mobile devices.

Announced via Twitter (below), the developer is seeking beta testers on both iOS and Android. Currently, Rebel Inc.'s campaign is only available for PC players.

The new mode will offer a fresh way to play the military simulation title as players will need to tackle large scale operations across a variety of regions. Each area poses different challenges with varying characteristics.

Campaign mode is coming to mobile and we are looking for beta testers! Would you like to be involved? Sign up here! https://t.co/fVcaZC2Uad pic.twitter.com/k6dvscB1V3

While Ndemic hopes to continue to see success with Rebel Inc on mobile through the addition of a campaign. The company has seen worldwide success with Plague Inc, in light of the ongoing coronavirus pandemic the company added a new antivirus game mode. It also donated $250,000 to charity.

Last month, we caught up with studio founder and CEO James Vaughn to discuss how its real-time strategy simulator took over the world.