"With multiple top-grossing mobile games to his credit, Jeremy's proven success is a big win for SYBO" 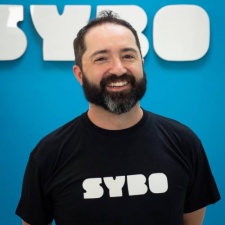 Subway Surfers creator Sybo has hired Jeremy Stein to head up its studio in Copenhagen.

Before joining the company, Stein was the vice president of product at London-based studio Gram Games, overseeing Merge Dragons!. Prior to that, he worked for Jam City, serving as its product director for Panda Pop and Snoopy Pop. Furthermore, Stein gained even more mobile experience through his work at GSN as a product manager.

"He joins the team at a perfect time as we celebrate the three billion download milestone and look ahead to building a high-performance studio in Denmark and the continued expansion of the Subway Surfers universe."

Besides its flagship title Subway Surfers, which has proven popular since its release in 2012, Sybo has soft-launched a new title, Train Riders. The endless runner made its way to select mobile devices back in April.