Maybe IDFA opt-out rates won't be a disaster after all?

But the data from Adikteev is really strange 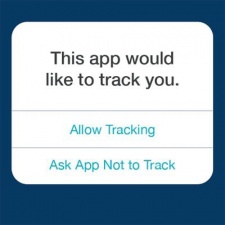 Common sense tells us that as soon as Apple allows people to opt-out of ad tracking in iOS 14, the vast majority will do so.

But what if the truth is more nuanced?

No doubt, many ad-tech companies are trying to work this out. One such as French outfit Adikteev, and it's gone public on some early results.

Working with an unnamed hypercasual game developer, it attracted a set of users and then split them into three groups.

The first was shown a version of the Apple ad opt-out screen. The second was shown a custom splash screen explaining why advertising was important, followed by the Apple screen. The final group was the control, primarily tracking retention.

When users were shown the custom splash screen, requesting they opt-in to ad tracking in order to help sustain the developer and allow it to continue to provide free games, between 42-48 percent clicked on 'allow tracking'.

(The range is because there were two different sized pop ups: technically one was a MPU and one an interstitial.)

They were then shown the official Apple ad pop-up, with 80-87 percent opting in.

Of course, doing the math, that means that only 36-39 percent of the entire group opted into ad tracking.

Still, that's more than double the 10-20 percent that most commentators would have predicted.

However, the story is even more strange.

The opt-in rate for the group that only saw the official Apple ad pop-up and agreed to get ad tracking was a massive 73 percent.

So what's going on?

Obviously, the first time to highlight is this was a small sample size of users who effectively self-selected their interest in in-app ads by signing up for the survey in the first place.

That likely accounts for the very high opt-in rate from the official Apple pop-up.

Still, it's interesting to note that the custom pop-up followed by the official Apple pop-up provided users with two options to opt out of ad tracking, as well as potentially confusing and annoying them.

You can check out the full report at the Adikteev website (email registration required).