The National Videogame Museum will reopen on August 22nd

It was forced to close due to COVID-19 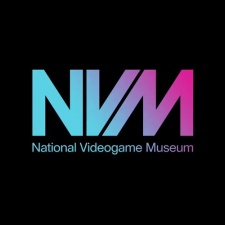 As announced via Twitter (below), the museum, which is run by the British Games Institute (BGI), will be back up and running after it turned to fundraising as a means of staying open when it was forced to close temporarily due to the ongoing coronavirus pandemic.

We have some exciting news.

The National Videogame Museum will be reopening from Saturday 22nd August.

"This has been an extraordinarily difficult time for our new charity. We have been buoyed by the support from the public and games companies, but we are a long way from out of the woods," said BGI CEO Rick Gibson in a statement, via VGC.

"We really don't know how our community will react or whether they will return. We are delighted to be able to reopen in this limited way to understand how we can operate in this radically different environment."

Splash Damage founder Paul Wedgwood added: "We're way behind the film industry in this. The NVM deserves far more support from those of us that have done so well within the British games industry."

National Videogame Museum continues fight for survival as it raises £130,000