Learning lessons from the past to deal with the future 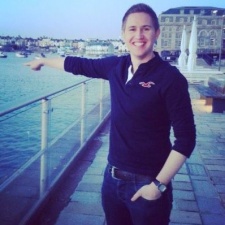 A mobile Marketing specialist with a background in analytics driven marketing. Starting life as a product marketing manager before moving into User Acquisition, I have a deep understanding of the value of linking data with creative thinking to drive results.

Saunders began with a quick history lesson, starting in 2012 with the depreciation of UDID and the introduction of IDFA, a period which saw many companies begin to panic, something he is seeing happen similarly now that IDFA is being deprecated.

Saunders used this history to look into how UA currently operates, noting that "the vast majority of UA teams are lean, and are supported by technology", a vast change to pre-UAC years when media buying teams consisted of 40+ staff.

He also looked at where teams are buying their ads, noting that even N3twork, which is mainly looking for players of mid-core games, have successfully run campaigns through hypercasual games, a genre he believes isn't going away.

As for the tools used, Saunders noted that if you're not already using automated bidding tools, "you're probably already behind the curve".

Preparing for the future

Moving on to 2020 and the "death" of the UA, Saunders looked at preparing for the future, beginning with suggesting developers look carefully at SKAdNetwork, and ensuring marketing tech stacks are set up for it in advance.

That said, he also noted that we're not technically moving into an IDFA-less world, but a world of permission. It's still unclear what opt-in rates apps will see, and Saunders believes that developers should begin experimenting now to help keep opt-in rates high when iOS 14 rolls out.

Saunders also encouraged developers to integrate their UA and product teams to ensure in-app content will fit the SKAdNetwork model, instead of relying on external teams such as Facebook and Google.

How N3twork improved its UA performance by 25%