"Most innovations in ad tech are none intrusive" 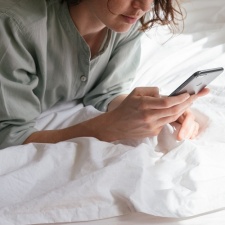 86 per cent of adults in the UK dislike video advertisements in mobile games, according to AudioMob founder and CEO Christian Facey.

The stat was taken from a sample size of 2,200 respondents and was revealed during one of the Monetiser sessions at PGC Helsinki Digital, where Facey discussed the benefits of the revenue technique.

Audio advertisement was claimed to be at a growing rate of 23 per cent year-over-year and is mainly driven by podcasts, Spotify and Soundcloud.

On top of this, 61 per cent of 18 to 24 years olds listen to music while playing mobile games and is one of the reasons why the firm believes there is a huge market in the waiting.

"When it comes to audio, AudioMob is the only company in the world doing this right now and we are building the infrastructure for audio ads," said Facey.

"Most innovations in ad tech are none intrusive," he added.

Automatically triggered audio ads were another example showed off, which begin playing once a certain part of a level is reached.

A concern that many have raised is when a user mutes their audio altogether. If this is the case, AudioMob offers a prompt that will ask the player to listen to an ad to receive life or perk.

The presentation ended with AudioMob announcing a game design competition taking place from October 9th to 16th, where the winner can walk away with $1000 and promotional coverage. More information can be found here.