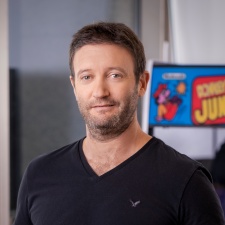 CrazyLabs, one of the top three casual and hyper-casual game developers & publishers (according to App Annie), announced today the launch of CrazyLabs Integration Kit (CLIK), also known as the CLIK Dashboard, dedicated to testing hyper-casual games.

The CLIK Dashboard offers developers the option to test their games, get feedback from experienced publishing managers, and enjoy the benefits of working with a publisher - without the obligation to sign CrazyLabs’ Early Submission Program (ESP) first. All games are reviewed by the company’s publishing professionals, and game developers are encouraged to test as many games as they want.

With the new CLIK Dashboard, CrazyLabs continues to put an emphasis on relationships with developers, with an ad-hoc help center designed to assist every developer so they can upload their videos and start testing. It’s also an opportunity for new-comers or developers who have yet to work with CrazyLabs to step into the ring and get constructive feedback on their game videos from the team.

Once developers apply for access, the team contacts them with their CLIK Dashboard username and password, to make sure the onboarding process is as smooth as possible and that they can upload their videos and start a CTR Test.

“The hyper-casual market evolves on a daily basis. We developed the CLIK Dashboard so our partners can have full transparency within the testing process. This enabled them to think on their feet, act fast and top the charts” says Guy Tomer, CrazyLabs COO.

“Not all developers have access to such a platform, such feedback from professionals, such monetary resources. We decided to open our CLIK Dashboard for all developers, not just our partners, and we’re offering monetary rewards of $3,000-$25,000 to developers who’s game passes the initial CTR test.”

Developers who pass the CTR test are invited to continue the publishing process with CrazyLabs’ professionals who can help push their game to the top of the store charts.

CrazyLabs is a Top 3 casual and hyper-casual mobile games developer & publisher, with over 3.5 billion downloads for games like "Acrylic Nails", "I Can Paint", "Tie Dye", "ASMR Slicing", "Soap Cutting" and many more. CrazyLabs has offices in Israel, China, Macedonia, Germany and Ukraine, and has recently launched new gaming hubs in India and in Israel.