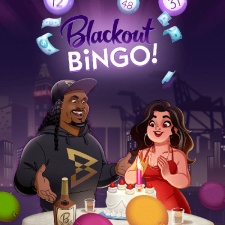 NFL running back and Super Bowl Champion Marshawn Lynch has partnered with Big Run Studios to celebrate the one year anniversary of Blackout Bingo with a special time-limited tournament.

Working with the Skillz real-money platform, players can access the tournament within the events section of Blackout Bingo and compete for prizes from Lynch and his lifestyle brand Beast Mode, including a video call with Lynch, signed footballs, and Beast Mode apparel.

All participants will also receive a discount to the BEAST MODE online store.

The event starts at 12pm PT and runs for 72 hours.

“As Oakland is home for both our studio and Marshawn Lynch, we felt this birthday would be a great occasion to also strengthen ties with our local town by not only featuring key landmarks in the game but also donating $10,000 to the Fam 1st Family Foundation,” said Big Run Studios’ CEO Andrew Bell.

“We believe that using your talents to consistently make a powerful impact is truly what matters most for all communities and our players.”

“They’re an Oakland company, they are contributing to the community, and they want to use their games as a platform to bring people from all backgrounds together. That’s something I’m always gonna get down with.”