Working towards over half a million daily average users 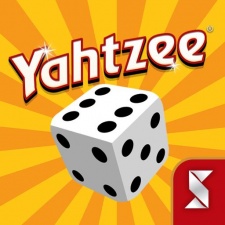 Yahtzee With Buddies has grossed more than $500 million in lifetime revenue.

This figure was confirmed by Mediatonic senior game designer Chris Winn during his talk at PGC Digital #4 on 'Mixing it Up to Maintain Engagement - Using Innovative Gameplay to Delight Players'.

Since launching in November 2017, the classic board game brought to mobile devices has been working towards half a million daily average users. It was also confirmed that the average player will take 100-plus Yahtzee turns a day, which is the equivalent to one hour a day of playtime.

One of the biggest factors for the game's financial growth was put down to its single-player component, Wacker Yahtzee. The title then grew further, adding the likes of Yahtzee Bingo and Yahtzee Stars

"In retrospect, we know that this was a huge success," said Winn.

"We look back at this and it almost revitalised the project in some ways. Our players loved it, they re-engaged, they resurrected, they encountered more spend vectors because they were playing more, and for that reason, it was a massively profitable release as well."

"But it was very intimidating to work on at the time," he admitted.