"[MENA] is far away from being mature. We still have not scraped the surface on how much money this market can make" 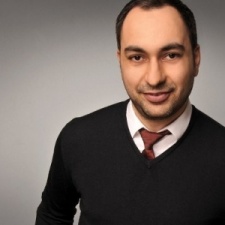 Samer is a games professional on a lifelong mission to deliver impact through games. He has 15 years of experience focused on the Arab World and his work spans both game publishing and game developer support. Samer has been called a vital figure in the Arabic games industry and has worked on numerous games and game related projects both regionally and internationally. He is available for consultation engagements and has spoken at the Gaming Summit and PG Connects. https://www.samerabbas.com/

As the MENA market continues to grow, it makes you wonder just how much the region can expand. At Pocket Gamer Connects Digital #4 in 2020, we welcomed a group of experts to answer the question, how big can the MENA market get?

"The Arabic market is a very interesting market for a variety of reasons," said Hammo.

As pointed out by Hammo, the Arabic language is the fourth most spoken in the world. Furthermore, the MENA market is the fastest-growing market, with many of them using mobile devices.

"[MENA] is far away from being mature. We still have not scraped the surface on how much money this market can make," said Hammo.

"I see the market is going through a very big step ahead of where it was anticipated before the pandemic," said Muhareb.

It is clear to everyone within the region what they want. When It comes to publishing and development, consumers will go "crazy" if it is done well. Titles that have been adapted and localised well will see a great performance.

Certain audience groups used to generate all the revenue over the past 10 years, however, as the MENA market has grown.

"Everyone in this region has a big advantage right now," said Fadl.

The reason for publishers and developers within MENA having an advantage over glob companies is that they understand the region. Especially publishers, as, according to Fadl, "they can make themselves the central hub for global brands."

However, for the time being, development on the whole in the region will be behind the rest of the world, with finance being one problem that many studios will face.

As detailed by Hussain, there are opportunities for everyone, from development to publishing within the MENA region, but it needs to be pitched.

"The ability to monetise and publish the games is getting easy for companies of all shapes and sizes," said Abbas.

"I think hypercasual is the next step because it breaks the barrier of the business model."

You can publish from anywhere, which has aided the MENA region in upping the development of games. Moreover, the emergence of casual and hypercasual companies have helped in the growth of game development.

"The price of production in the MENA region is not higher than other countries," said Rezaei.

Furthermore, on the development front, there is plenty of opportunities. As pointed out by Rezaei, many games get translated for the market, but they need to be culturally adapted too.

Strategy games appear to be the dominant genre within the MENA region, according to Hassam.

"We are seeing some changes," said Hassam.

Earlier this year, Tamatem launched a new female-based title that shifted away from strategy. Furthermore, the game performed well; it also proved popular with the female audience - "the future is female."

Moreover, Hassam explained that there are ample opportunities in the MENA region when it comes to a female audience.

"The rise of awareness in terms of female gamers is getting crazy," said Muhareb.

There are a surprising number of games that are played by females, not just fashion-based games. Design games are proven to be a hit, but racing and strategy games are also being used more than ever by women.

Furthermore, more and more women are getting in games, not just playing, but more have taken an interest in development.

"Within the next five years the big triple-A studios will deliver big female games that we have never seen before," said Fadl. 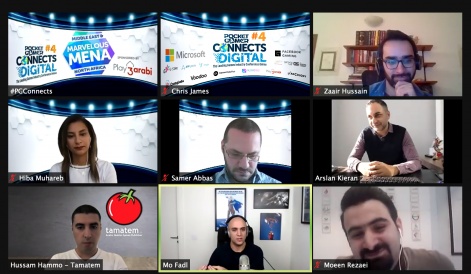