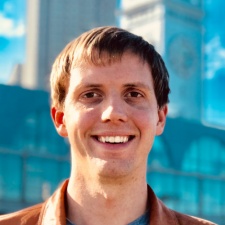 "It will be the content that drives future devices forward," said Niantic AR strategy lead Ross Finman when speaking on the prospects of AR.

The comment was made during a Fireside Chat with Thoughtfish CEO and creative director Christina Barleben during PGC Connects #4.

An early part of the discussion focused on how the real-world influences the digital world and vice-versa, with examples given in Pokemon GO where when it's hot outside fire Pokemon will appear more regularly. Similarly, when it's raining more water Pokemon will appear and so on. This is one of the many mechanics that are expected to grow.

Before moving to the Pokemon GO developer, Finman previously was the co-founder and CEO of Escher Reality. The company was later acquired by Niantic in early 2018.

"Augmented reality gaming will be niche until it's not," Finman told viewers in a response to the popularity of the genre outside of Niantic's success.

"Mobile gaming was niche 20 years ago, even 15 years ago," he added, and how the platform has exploded over the last decade.

Over the next five to 10 years, Finman expects the layers of technology to crossover more with headsets and AR glasses becoming more common. These will then begin to create "true digital experience".

Pokemon GO recently soared past $4 billion in player spending, as the worldwide catch 'em all reached $1 billion in 2020 so far.