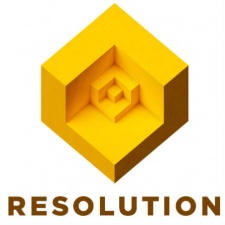 Resolution Games has secured a publishing deal with Odd Raven Studios to bring Carly and the Reaperman to Quest hardware.

The company, best known for titles such as Blaston and Angry Birds VR: Isle of Pigs, wants to advance VR adoption rates throughout the industry via its publishing initiative.

“Resolution Games has proven to be a leader in the VR space by providing top titles and being the most proficient studio at multiplayer and cross-platform games, so we feel that their expertise is a perfect fit to help take Carly and the Reaperman to the Quest audience,” said Odd Raven Studios CEO Johan Högfeldt.

“They’ve also proven they can effectively handle external IP (Angry Birds VR: Isle of Pigs), and we’re confident that together we will be able to bring success to our game.”

Resolution Games aims to work with developers around the world to help curate content, and get it out there to a wider audience.

“As part of this and future relationships, our studio is able to use our skills honed over the last five-plus years to help other developers navigate all the elements to bring their existing virtual reality games to more platforms.

"With more titles available on the Oculus Quest platform than any other developer out there, we have a healthy amount of experience in the whole process - whether it’s development, platform relations, trailer and store support, marketing, community relations and more - especially when it comes to moving more swiftly in bringing challenging titles to market like multiplayer and cross-platform games.”