Big Pixel Studios, creator of Pocket Mortys, has been shut down 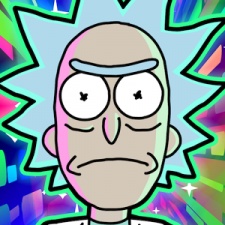 Big Pixel Studios, the developer behind mobile title Pocket Mortys, is set to shut its doors next year.

That's according to Laurie James, game server developer at Big Pixel Studio. James announced the news on Twitter, stating that the company's employees are being made redundant on January 1st.

The studio was acquired by Adult Swim Games in May of 2018, as part of the company's drive to invest in more game development. At the time of the acquisition, the plan was for Big Pixel Studios to continue work on Pocket Mortys, as well as branching out to work on other Adult Swim IP.

Big Pixel Studios was created in 2009, launching Pocket Mortys in 2016 in association with Adult Swim, which is part of the WarnerMedia family. It was bought in its entirety by Warner in 2018, only to be closed down less than two years later.

Pocket Mortys is a Ric and Morty twist on Pokémon, that sees you collecting and battling hundreds of different Mortys from the smash-hit TV show's alternate universes.

If you're a studio with openings that could help those made redundant at Big Pixel, make sure you add a reply to James' original tweet to let people know.

Narrator: 'It was 2020; this was not good news.'@BigPixelStudios has been shut down, so we've all been made redundant from January 1st.

Some hella good people here, who made something proper cool. Unfortunately you'll never get to play it, because capitalism. https://t.co/kfTMOr3bXC