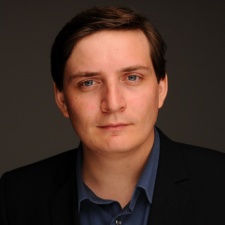 The mobile games industry is on the rise, and this has been boosted over the past year thanks to the global pandemic. So, where is the hypercasual market going in 2021?

Back in 2020, a load of trends started that JoyPAc expects to continue into 2021. There were more than 1.2 billion downloads in one week in March last year, as installs more than doubled in Q1 2020 year-on-year.

"Hypercasual will continue to be a big part of that," said Boecker.

As he pointed out, the global pandemic has aided in the growth as more and more people sought out mobile games as a means of entertainment.

"What we saw in 2020 is that the quality bar is still rising for hypercasual games," said Boecker

It is not likely that the iOS IDFA changes will impact hypercasual games directly mainly because the genre has a broader audience than other categories.

"I personally think that it will not make a huge impact right away," said Boecker.

Meanwhile, ad money could prove to be an issue due to other genres such as mid-core games getting hit with the IDFA changes. This could be dealt with through creatives, "by presenting gameplay in a specific way" that proves appealing to different audiences.

The iOS IDFA changes could open up an opportunity for Android to "become the new battlefield" as more publishers are moving over to the platform. Likely, hypercasual publishers will also shift focus to Android alongside other genres.

However, Android could well follow suit once Apple implements its changes. "It is pretty likely that they will implement a similar system," according to Boecker.

"We will see a lot of small trends but not a lot of big trends," said Boecker.

This year, it is expected that small trends will continue to rise and fall. Moreover, not everything this year will be of the hybrid-casual variety.

"The big change this year is that you have to be fast to ride the waves," said Boecker.

Trends tend to be jumped on fairly quickly by developers and publishers. They are now using the right tools to keep an eye on metric-driven trends.

Asia is still a growing market "in Asia you do not see many hypercasual games in the charts," however, they are on the rise, with growth expected to continue in the coming years.

"A lot more developers in the region are picking up on hypercasual," said Boecker.

Moreover, the Asian countries are finding their own style of hypercasual games, which will aid in the growth of the genre across the region.

"Hypercasual games are often based on things that everyone understands," explained Boecker.

Furthermore, ISBN for ad monetisation is rumoured to be making its way to Asia, which would be a huge blow for the Chinese market, specifically.

This year, it is likely that publishers will continue to seek out longer relationships with developers, rather than having a one-off deal with them.

Moreover, "superstar" developers are more important than ever for publishers - "teams that are really sought after who have a couple of successes under their belt."

However, this could make it harder for up and comers to find publishing partnerships.

Boecker believes that this mentality will eventually transition into more internal studios and acquisitions.