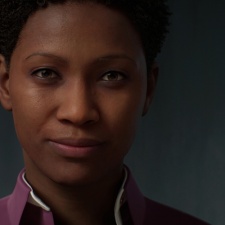 In a release, the firm claims that people can create these assets in less than an hour, down from the weeks or months it takes right now. Users can choose from a variety of different starting points for faces, as well as 18 different body types and example clothes for their digital human to wear.

Epic is apparently able to do this thanks to some of the acquisitions it has made in recent years, such as 3Lateral, Cubic Motion and Quixel.

In theory, this could mean that smaller developers can be far more ambitious with their creations moving forward, similar to the leap that engines like Unity – and indeed Epic's Unreal – facilitated in the past.

“Up until now one of the most arduous tasks in 3D content creation has been constructing truly convincing digital humans. Even the most experienced artists require significant amounts of time, effort, and equipment, just for one character,” said Vladimir Mastilovic, the founder of 3Lateral who now has the frankly incredible job title of VP of Digital Humans Technology at Epic.

“After decades of research and development, and thanks to bringing companies like 3Lateral, Cubic Motion, and Quixel into the Epic family, that barrier is being erased through Unreal Engine, and we're thrilled to introduce MetaHuman Creator.”