"Over the next few weeks and months, players can expect to see everything from action-filled RPGs to competitive co-op titles and nimble platformers" 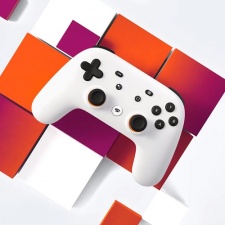 As detailed in a community update, several games will soon come to the platform, including FIFA 21 on March 17th and Judgment on April 23rd.

"These games represent just a sampling of the more than 100 games that will be added to the Stadia store for our players in 2021 to share, experience, and play with friends," the post reads.

Stadia subscribers can expect to see a range of games be added throughout the year, from a variety of genres.

"Over the next few weeks and months, players can expect to see everything from action-filled RPGs to competitive co-op titles and nimble platformers," reads the post.

However, the announcement of these games follows the closure of Google's first-party development studio.

The company decided to shut up shop so that it could continue to focus on the development of its streaming platform.

Moreover, Google will rely on third-party games, including those mentioned above. Recently, Cyberpunk 2077 launched on the platform, demonstrating how successful third-party titles are.

"Creating best-in-class games from the ground up takes many years and significant investment, and the cost is going up exponentially," wrote Google Stadia vice president and GM Phil Harrison.

"Given our focus on building on the proven technology of Stadia as well as deepening our business partnerships, we've decided that we will not be investing further in bringing exclusive content from our internal development team SG&E, beyond any near-term planned games."