To be released on iOS and Android devices 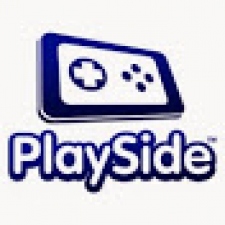 Indie games developer PlaySide Studios has secured the rights to create a mobile title based on the Legally Blonde films.

Through its multi-year license agreement with Metro Goldwyn Mayer (MGM), the developer will create a game using both puzzle and choice-based narrative mechanics based on the franchise's themes.

As such, fans worldwide will be able to embark on their own Legally Blonde story when the free-to-play title launches on iOS and Android devices.

"Since the company was founded, I have always wanted to license a major Hollywood brand for the development of a mobile title," said PlaySide Studios CEO Gerry Sakkas.

"I couldn't think of a better partner in MGM, an iconic Hollywood studio with a rich 90-year history of premier movie titles, it's truly an exhilarating time for PlaySide."

The game comes at a great time for the franchise, as not only has Legally Blonde turned 20, but Reese Witherspoon is set to reprise her role as Elle Woods next year in the third instalment of the film series.

"Legally Blonde is one of those iconic and inspirational brands that continues to appeal to new generations of fans around the world," said MGM global consumer products and experiences EVP Robert Marick.

"We are thrilled to partner with PlaySide Studios to bring these trailblazing films to mobile devices, and offer consumers a new way to interact with one of our most cherished characters, Elle Woods."