To be developed by East Side Games 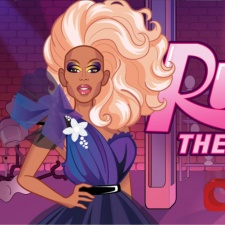 The Candian company has formed a multi-year partnership with World of Wonder, which will see it release a free-to-play title based on the Emmy-winning show later this year.

As per the agreement, Leaf has the rights to all shows within the franchise, including Drag Race, Drag Race: All-Stars and Untucked: RuPaul's Drag Race.

East Side Games, a subsidiary of Leaf Mobile, will be responsible for developing the iOS and Android title.

"The team at World of Wonder is always looking for new ways to bring the 'Drag Race' experience even closer to the fans, and what better way than through a mobile game," said World of Wonder co-founders Randy Barbato and Fenton Bailey.

"We are thrilled to partner with East Side Games on this charisma, uniqueness, nerve, and talent-filled mobile game experience!"

Appealing to fans of the show, players will be able to experience their own Werk Room moments, as well as taking to the main stage for runway challenges.

Not to mention getting some advice from Mama Ru herself, while fan-favourite queens from the show will also make limited-time appearances.

"The franchise perfectly aligns with our group's values of inclusivity, and we couldn't be prouder to bring the first big-budget LGTBQ+ mobile game experience to audiences everywhere."

Leaf Mobile acquired East Side Games last month before signing a letter of intent to snap up Truly Social Games.