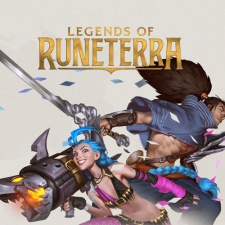 Riot Games' Legends of Runeterra took home the Mobile Game of the Year accolade at the D.I.C.E Awards 2021.

It beat out competition from HoloVista, Little Orpheus, Song of Bloom and South of the Circle.

Meanwhile, Nintendo also had a successful night. Animal Crossing: New Horizons managed to pick up the Family Game of the Year award.

The island-life simulator faced some stiff competitions as Astro's Playroom, Dreams, Fall Guys: Ultimate Knockout and Sackboy: A Big Adventure were also nominated for the accolade.

Nintendo's success didn't stop there, as Mario Kart Live: Home Circuit was awarded with Racing Game of the Year. It beat F1 2020 and Dirt 5 to the finish line.

The Italian plumber received two other nominations too, the first of which was Outstanding Technical Achievement. The other was Immersive Reality Achievement.

However, Hades was the big winner at this year's D.I.C.E Awards with five different accolades.

The rogue-like snapped up Game of the Year, beating Animal Crossing: New Horizons, Ghost of Tsushima, The Last of Us Part II and Final Fantasy VII Remake.