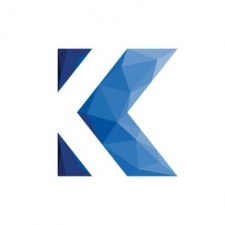 The purchase is the first made from Kasedo after previously working with indie developers Dapper Penguin Studios and SomaSim on publishing arrangements.

Bulwark Studios was founded in 2012 by Emmanuel Monnereau and Jérémy Guéry in Angoulême, France.

Outside of the popular Warhammer 40,000 series, the firm has released Crowntakers on PC, a turn-based strategy with RPG elements.

"Having worked with Emmanuel, Jeremy and team for the best part of a decade, we already know the quality that they deliver," said Kasedo managing director Jonathan Hales.

"Our next project together is already well underway and we have huge aspirations for its success. Knowing what we are due to announce next month and also the previous successes they have delivered for us in the past, it made total sense to do this deal now and invest in our bright collective future."

Bulwark Studios co-founder Emmanuel Monnereau added: "The team at Kasedo Games have been really close to us since the beginning of our first project together and have continued to offer us a huge amount of support.

"As an indie studio, it is a real pleasure to work with a flexible publisher capable of adapting and redefining their strategy as the project evolves."

More investments, stakeholds and acquisitions are taking precedence more than ever in the games industry these days.

To find out more, we recently spoke with Ninja Kiwi co-founders Chris and Stephen Harris about why they felt now was the right time to sell.