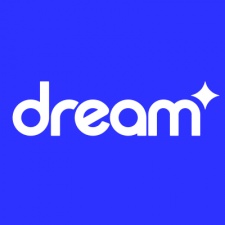 Turkish startup Dream Games has closed a $155 million Series B funding round that values the company at $1 billion.

It was co-led by Index Ventures and Makers Fund, with Balderton Capital, IVP and Kora also participating. This is the largest Series B round in Turkish history and has been driven by the success to date of Dream Game's debut title, Royal Match, which launched in March 2021.

Royal Match is already a top 20 top-grossing game in key markets such as the US, UK and Germany, attracting more than six million monthly active users with its highly accessible match-three gameplay.

Dream Games, which was founded by executives from Peak Games, previously raised $50 million from its Series A round in March. It also raised a $7.5 million seed round in November 2019.

"Since its launch in early March, Royal Match has become one of the top casual puzzle titles globally, driven by once-in-a-decade retention metrics," said Index Ventures partner Stephane Kurgan (who was previously COO at King).

"It speaks to the sheer quality of the title that the Dream Games team has built and the flawless polish and execution across the board."

"We are very proud of the early success of Royal Match and will utilise the investment to grow the game everywhere," added Dream Games co-founder and CEO Soner Aydemir.

Makers Fund partner Michael Cheung commented: "The Dream Games team’s deep genre insight, laser-focus on detail and team chemistry has helped create the early success of Royal Match. We're excited to be on the journey with them as they grow Royal Match globally.