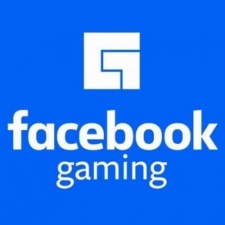 Facebook has revealed that its cloud games streaming service now has over 1.5 million players per month in the US alone.

As confirmed by the social giant itself (via a blog post), the company has also partnered with Ubisoft to bring some of its most popular titles to the service. Namely, free-to-play mobile strategy RPG Assassin's Creed Rebellion has now launched as a cloud-streamed game on Facebook Gaming.

Hungry Shark Evolution and Hungry Dragon are both available too, with Mighty Quest and Trials Frontier arriving on the platform in the coming months.

Facebook Gaming now possesses over 25 cloud-streamed games such as Atari’s Roller Coaster Tycoon Touch and State of Survival by FunPlus,

“We’ve now scaled our infrastructure significantly, and today we’re announcing coverage to over 98 per cent of people in the mainland US. We’re on track to hit 100 per cent by fall of this year," said Facebook vice president of play Jason Rubin

Facebook further stated that it will look to introduce the service to Canada and Mexico, with plans for a Western and Central Europe release sometime in early 2022.

Earlier this year, Facebook Gaming revealed that nearly a third of people that play mobile games are over the age of 45.

Ubisoft recently revealed that a mobile version of Tom Clancy's The Division is now in development for the platform.

Ubisoft Plus subscription service rolls out on Google Stadia