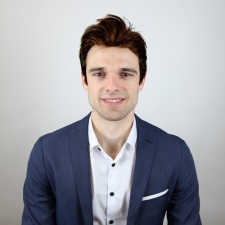 "Gaming is becoming a media channel - not just an activity, but a vehicle for brands to reach their audience," according to Admix CEO Samuel Huber.

The comment was made during PGC Digital #7, where Huber hosted a session on 'Unlocking Gaming's Potential as a Media Channel'.

The CEO then explained how games have taken over the highest percentage of daily media consumption (via Newzoo) at 37 per cent of the market. Second place went to social media at 30 per cent, before streaming videos (18 per cent) and TV (seven) followed in third and fourth respectively.

A big portion of the presentation was devoted to Admix's research surrounding what brands and agencies find to be their biggest barrier to scale gaming activity in 2021. Lack of tools to automate campaigns placed first at 92 per cent, while the second spot went to lack of measurement and proof of ROI (return on investment) at 68 per cent.

The third most common was attributed to the inability to target at audience level at 65 per cent. The final reasons were put down to how the cost of activations is prohibitive to scale (50 per cent), and the company's overall interest in gaming (three per cent).

"Everyone knows that gaming is the next media channel. Brands are desperate to be involved with the next big games but now they are looking at casual or hypercasual as well and how do they target that audience," Huber told attendees.

"So with that excitement, it's natural to ask why is this not a multi-billion dollar industry yet? The responses are clear. It's all about automation. It's all about the lack of tools. It's very difficult for brands today to automate campaigns and do one after another…"

"To take it to the next level we need to drive actual return on investment for the advertisers as well," he added.

Founded in 2017 and based in London, Admix employs around 50 staff members and works with 300 mobile games.

It's no wonder advertisers want to get involved more with games considering that the top 10 grossing mobile games for June 2021 accumulated close to $1.4 billion.