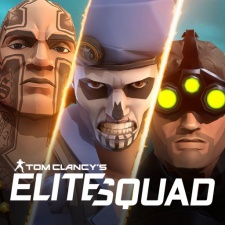 Ubisoft has announced that it will shut down Tom Clancy’s Elite Squad only one year after it was launched.

A statement on the game’s official website confirmed that the Elite Squad will be ceasing all operations from October. The exclusive mobile title was launched in August 2020 as a free-to-play action RPG, featuring characters from across the Tom Clancy games universe, such as Rainbow Six, Splinter Cell, Ghost Recon and The Division.

Elite Squad will receive one final update today (July 21st) before the servers are shut down for good on October, 4th 2021. This means once the game goes offline it will have been active for 14 months. following a global launch in August 2020.

"Gave it our best"

"It is with a great deal of sadness that we are announcing we will no longer be releasing new content for Elite Squad," the statement reads.

"This was not an easy decision, but after exploring multiple options with our teams, we came to the conclusion that it was no longer sustainable. We want to assure you all that we really gave it our best, especially with big updates like season two, and it was a truly rewarding experience to work with you, our passionate community!

"We sincerely hope that you have enjoyed playing with us as much as we have enjoyed making the game and engaging with you all on social media and Discord. We hope that some of you stick around with us and have fun reaching level 70 and unlocking all of the soldiers you can before we say goodbye."

In May, Ubisoft announced they would be moving away from premium titles to focus more on triple-A free-to-play games. It's something that it potentially might be reconsidering on the mobile platform after this development.

Earlier this year, Ubisoft also revealed that Tom Clancy's The Division will be coming to mobile devices.