Will soft launch in Canada 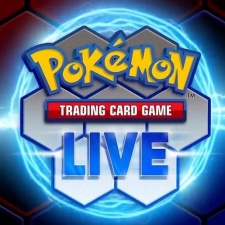 The Pokémon Company International has revealed Pokémon TCG Live, a new app that will allow users to play the Pokémon Trading Card Game.

Pokémon TCG Live will bring the classic tabletop and deck-building experience with the same rules and gameplay virtually, with the ability to challenge players across the world.

The developers assure that the game will be easy for beginners to learn while also offering TGC veterans the chance to improve upon their skills. In addition to the standard TGC gameplay, the game will include daily quests, customisable avatars, accessories and more.

The game is currently in soft launch in Canada with a global open beta scheduled later this year for PC and Mac. Following its launch, the game will be actively updated through various live ops that will bring additional content.

A first for mobile

"As we look back on 25 wonderful years of Pokémon, we are once again reminded of how the Pokémon Trading Card Game has always been a strong pillar of the franchise and beloved by young and veteran Trainers alike," said The Pokémon Company International vice president of the Pokémon TCG Barry Sams.

"Pokémon TCG Live will go hand in hand with the tabletop version that fans know and love, and welcomes a new era of digital play where Trainers around the world can play together regardless of their preferred platform."

Another new Pokémon game, Pokémon Unite, is scheduled for release on mobile on September 30th, following its debut on the Nintendo Switch on July 21st.