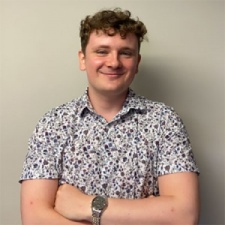 Speaking at Pocket Gamer Connects Digital #8, AdInMo head of game design Nathan Ball discussed the benefits of in-gameplay ads and gave technical and artistic tips on how to integrate them into your game.

Bell began by listing some of the benefits of in-gameplay ads as opposed to more traditional ads, such as banner ads or interstitial videos.

Bell added that players have responded positively to in-gameplay ads, and an AdInMo consumer survey found that 70 per cent of users find in-gameplay ads provide a smoother experience.

The first technical tip is to place ads where players spend most of their time within the game, such as character customisation and main menus. To measure this, developers can use analytics to locate these and integrate ads in these locations as more screen time means more revenue.

The next technical tip is to take advantage of static screens as these can provide more consistent impressions. The lack of freedom of movement guarantees impressions as long as players are on the screen, such as on menu screens.

Another tip is to re-use ad placement keys in fast-moving games, such as racing or runner games. By giving different in-game locations the same placement keys you can show the same ads which can allow the generation of impressions cumulatively. This can also be used artistically and help maintain visual consistency

The last technical tip is to consider the player’s path through your game when placing ads. Once again, by using analytics and design tricks these places can be identified and ads can be placed in locations where players will see them head-on and provide a consistent impression.

However, this is mostly applicable to 3D games but may work in certain instances of other game formats.

The first artistic tip is to consider your games world and environment and think about where adverts would make sense within your world.

For example, in an urban setting, there would be billboards and posters, so these make perfect opportunities to display your ads and do not diminish the player’s immersion, but can add to it.

Secondly, developers can make use of the background layers of their games where possible, such as in the contextual layers not used for gameplay. Placing ads here can generate impressions without impacting experience and as backgrounds are often visible throughout levels it can provide a good amount of screen time for the ad.

The next tip is to add new game objects that will support the ads. Creating in-game objects can develop both the game world and the ad strategy at the same time. This tip works best in the early stages of development where you can plan around the inclusion of ads in the game.

Bell states that he believes this is the direction that in-gameplay ads will take in the future.

The final artistic tip is to use visual effects to blend ads into the game, such as shaders or lighting effects. This allows in-gameplay ads to feel more like they are actually a part of the game world and provide a subtler ad experience without compromising revenue.

Also appearing at PGC Digital #8 was Square Enix director of mobile publishing Ed Perkins, who discussed what to expect from a publishing deal and the do’s and don’ts when making the decision.